2023 RENEWAL PERIOD HAS BEGUN! We are introducing a new process to signup for LDF and Renew your membership. If you are member of an agency that pays for your MPA dues as a group. Please email membership@masspolice.com, we will need your name and agency. You will then be provided a coupon code to discount the cost of MPA dues. Once you have the code, you may use the "Join MPA/LDF" link from the top menu bar and not be charged the dues. Once you have completed this, the next step is to goto the "Join MPA/LDF" link again and you will then be able to purchase the Legal Defense Fund Package. If you have any issues, please contact membership@masspolice.com. If you are not part of a group that pays for your dues, you will need to signup for MPA membership in order to be eligible to signup for Legal Defense Fund. 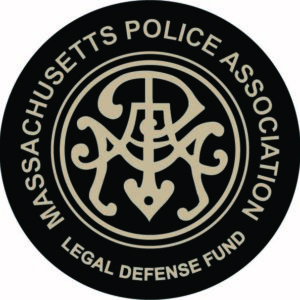 A HISTORY OF EXCELLENCE AS THE PREMIER LAW FIRM

Law enforcement officers are exposed to significant legal threats from every direction:  from citizens, employers, supervisors, co-workers and governmental agencies.  Recognizing the seriousness of the situation, since 1974 the Massachusetts Police Association and the firm of Reardon, Joyce & Akerson, P.C. have offered officers the ability to provide themselves with the highest level of individualized protection possible for $300.00.  That amount covers every fee, cost and expense necessary to defend an officer.

Doing everything possible to protect officers of every rank and in almost any situation imaginable has taken the attorneys of the LDF to at least 235 of the 351 municipalities in Massachusetts.  The LDF prides itself on its unparalleled history of success over almost forty years in representing officers; a history that has allowed it to remain the gold standard in legal and law enforcement circles.  There is simply no finer collection of attorneys to protect officers than those that have done it, and done it better than anyone else, for decades.  The LDF believes that there should never be a time when an officer's personal interests play second fiddle to a municipality, a union or an insurance company's interests.

The only requirements for coverage are that an officer be a member as of the date of an incident and that the incident involve an officer's discharge of official duties, whether on or off duty.  Protection begins with the access that officers have to discuss reports or developing situations with an attorney before problems arise since the LDF believes that it is better for the officer to do all that is possible to avoid difficulties before they ever happen.  When problems do occur, the LDF attorneys stand ready to assist the officer, both personally and professionally, and have done so before: federal courts, including the United States Supreme Court; state courts, including small claims courts, housing courts, district courts, superior courts, the Appeals Court and the Supreme Judicial Court; the MCAD; the Ethics Commission; the Civil Service Commission; arbitrators and hearing officers across the state; retirement boards and PERAC when municipalities attempt to retire officers involuntarily; municipal and private internal affairs or professional standards investigators; and boards, councils, administrators, managers and other municipal officials of every type.

There is no union and there is no other plan available to Massachusetts officers that provides this same level of protection by the attorneys who are the most successful in the state in representing police officers.

Members of the LDF have access to privileges exclusively reserved for those officers, including: